Running Up For Air (aka RUFA) is an endurance mountain challenge that was created to raise money in support of the fight for improved air quality for those who live along the Wasatch Front. In winter months ascending Grandeur Peak often means starting in smoggy, cold, polluted air and climbing up to surprisingly warmer clean air above. It is a bitter-sweet feeling to sit on the 8,299′ summit and look down at a glowing cloud of smog below and realize you must eventually go back down.

The topography of the Salt Lake Valley, mixed with pollution from the well over 2 million people and industry can render very unhealthy conditions. 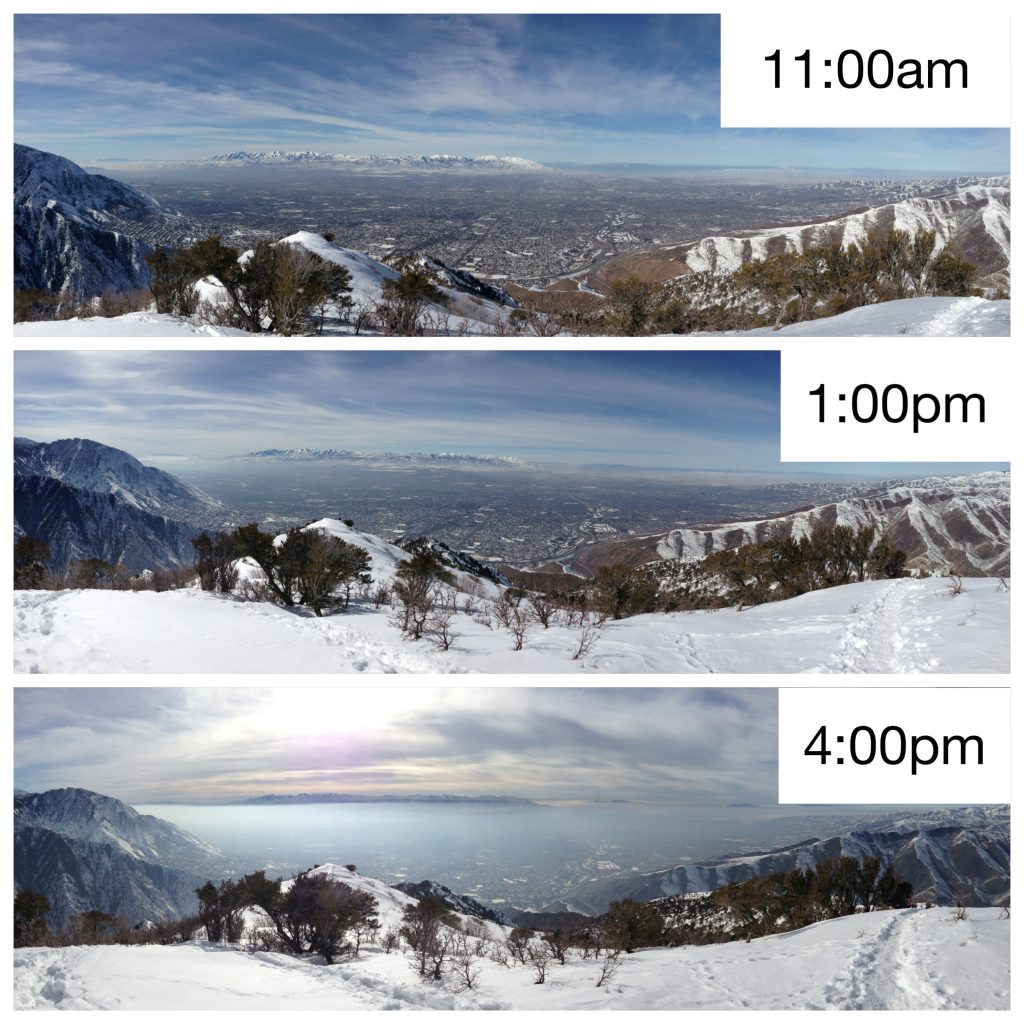 The conditions are unique enough that many studies many studies have been performed in Salt Lake Basin. In fact, one of the world’s foremost experts in environmental epidemiology and public health, C. Arden Pope, of Brigham Young University (BYU) helped establish the connection between air pollution and health problems.

“The single most valuable physical asset we have here in Utah is clean air”. Brigham Young (1860)

The University of Utah’s Department of Atmospheric Sciences chose the west side of Grandeur as a location to locate sensors every 100 vertical feet to take measurements throughout the winter of 2011. This study was called the “Persistent Cold-Air Pool Study” or PCAPS for short and they have generated some incredible data and interesting presentations, like this one (be patient, it’s 60MB).

RUFA was born out of passion for the Wasatch Mountains, love of living in Salt Lake City, and desire for our families and friends to enjoy an improved quality of life. In the winters of 2012 through 2015, RUFA took place as an unofficial gathering of friends who quietly challenging themselves on Grandeur Peak. 2016 brought a new chapter for RUFA as we worked closely with local Forest Service members to create a formally permitted event that could be publicized for greater awareness. 2017 will have an increased participant count, both in the running event but also from outside viewers via local media outlets.